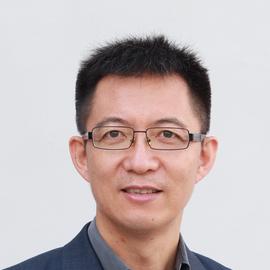 Gao Cong is currently a Professor with School of Computer Science and Engineering in Nanyang Technological University (NTU), and a co-director for Singtel Cognitive and Artificial Intelligence Lab for Enterprises@NTU (SCALE@NTU). Before joining NTU, he was an Assistant Professor in Aalborg University, Denmark. Before that, he worked as a researcher at Microsoft Research Asia. From 2004 to 2006, he worked as a postdoc in University of Edinburgh. He received his Ph.D. in Computer Science from National University of Singapore in 2004.

His general research interests are in Data Science. In particular, his research focuses on geospatial data management, spatio-temporal data mining, recommendation, and mining social media data. He has published in prestigious journals (e.g., VLDB Journal, TODS, TKDE) and conferences (e.g., VLDB, SIGMOD, ICDE, KDD, WSDM, SIGIR, WWW). His citation in Google Scholar was over 14000 with H-index 61. He served as a PC co-chair for ICDE’2022, an associate chair of KDD’21, a PC co-chair for E&A track of VLDB 2014, and a PC vice-Chair for ICDE’18. He is an associate editor for ACM Transactions on Database Systems (TODS) and the vice Chair of ACM KDD Singapore chapter.